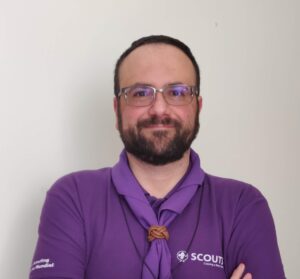 The Scout Association of Malta is pleased to announce the election of Dr. Kevin Camilleri as the new Chief Scout.

Kevin brings a wealth of experience and passion for scouting to the role and we are confident that under his leadership, our organisation will continue to make a positive impact on the lives of young people in Malta.
Kevin has been involved with scouting for over 35 years and has held various leadership roles within the organisation both locally and abroad. As a volunteer in the World Organisation of the Scout Movement (WOSM), he held various roles including that of Chairman of the European Scout Committee – a small team that is responsible for around 2 million scouts in all of Europe.
As Chief Scout, and together with the National Scout Council, Kevin will be responsible for guiding the strategic direction and good governance of the organisation. He will also support the Chief Commissioner and the Executive team who implement scouting programs that help young people develop the skills they need to become responsible citizens.
We are confident that Kevin will be a strong and effective leader, and we look forward to working with him to achieve our mission of inspiring young people to achieve their full potential. We wish Kevin all the best in his new role.
The Scout Association of Malta also takes this opportunity to thank the outgoing Chief Scout, Capt. Reuben Lanfranco, for his contributions to the organisation.
The official changeover will take place on the 21st February during the Annual General Meeting.

© 2023 The Scout Association of Malta. All Rights Reserved.